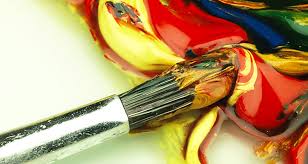 A while ago I was listening to a radio programme featuring the author, Kamila Shamsie, talking to choreographer Akram Khan. I enjoyed hearing them swapping stories of how they got started in their chosen careers, who had influenced them, how their families had reacted to their choices for their careers and how they went about their own creative processes.

What piqued my interest was the revelation that neither of them were particularly planful when it came to their craft. As someone who struggles to find a way of structuring my own writing I was heartened by these two masters of their own artistic arenas. Together, in conversation, they offered me a sliver of hope that my way of being is not quite so calamitous after all.

“Do you start with a plot?” Akram asked.

“I can never plan”‘ Kamila responded. “Michael Ondaatje who wrote ‘The English Patient’ is one of those writers that could never plan and I can never plan. And he said that in the Japanese tradition there’s the idea of the artist who follows the brush, and I think I’m very much like that. There are things that appear in the corner of my eye and I think there could be a story there in an image or a single sentence, and it just sticks around for a while and other images are drawn to it. When there’s enough, there’s a kind of constellation, and then I sit down and see how the pen wants to join them up.”

I’m not sure that I quite have the knack of joining up the constellation of images in my writing, just yet, but there was definitely a loose constellation of ideas orbiting around my head as I wrote my book, ‘Agile Resilience’ which was published earlier this year. The outline of the book that I submitted to the publishers was very different to the published version and I had a very emergent approach to my writing. I had attempted to plan. I had a white board with post it notes. I had a mock-up of a book with chapter headings, but ultimately the book that rose form my keyboard was ever changing and evolving.

I have the same emergent approach to my coaching and facilitation work.

There’s a joy in allowing the space for a coaching client’s thoughts to surface and then ‘following the brush’ to discover where the clients thoughts choose to go. The client usually has no idea where the brush is going either, or what masterpiece will be painted from their own constellation of ideas.

Being comfortable with this creative process, as a coach, allows the client’s brush to move in the direction it wants to go. It is both a discipline and an art.

Find Out About Our Transformational Coaching Diploma For Doctors

Find out dates of our next courses here.

Download a Free PDF Brochure about our coaching courses here